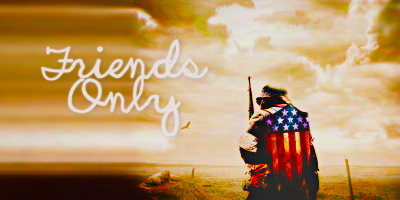 My name is Amanda and this is my personal journal. Most of my posts are friends locked, with posts specifically relating to fandom things left unlocked.

If we have something in common, I'd love to be friends with you! (Check out my profile for lists of fandoms/ships) Please leave me a comment here with a little bit about yourself and anything we might have in common. :D If you don't comment here there's a good chance that I won't friend you back. I don't bite! :)

This looks to cool/cute for words so I had to pimp it to you guys :)

Is it just me or is LJ being super duper slow when it comes to trying to get onto different communities? Ugghhhh!

Title: A Heart of Music
Author: Regularamanda
Category: Most are hurt/comfort or angst
Pairing: Sam Carter/Jack O'Neill established (for the most part)
Rating: PG
Season: Most are set during SGA S4 or during SGU S1
Word Count: 1700
Summary: 10 drabbles that were inspired slightly by my itunes playlist.
Author's Note: Written for Challenge 15: itunes drabbles over at

Book(s) read: Stillll on Goblet of Fire *sigh* It's taking too long!
Book(s) on the top 100 list read: Will add this list soon!
Sum up TV of the week: Star Trek, mostly Voyager. And I caught an episode of Rizzoli & Isles ...looks cute! Will have to watch more!
Most common music listened to: Country. Mostly just my itunes playlist.
Song(s) of the Week: Got nothing.
Highlight(s) of the week: Not much!
Thoughts on the future: I really really think the world would be a much better place if we stopped for a moment to appreciate those tiny "everyday miracles" like being 5 minutes early and missing the deadly wreck on the highway, or being a few seconds late and having time to see those deer in the road.
Greatest achievement: I wrote on 750words.com for 11 days straight! :D
Best news/discovery: I can't remember this either!
FAIL moment of the week: Had lots of these! The major one was that I locked my keys in the car (put stuff in car, though I unlocked the car to get to the trunk, shut door, went to trunk it was locked and realized I hit the lock instead of the unlock) yeaaahhh. Not cool.
Object of annoyance: The Justice system of the US. Yeah.
Bigger purchases: Nothing major, just bought a season of Boy Meets World from Amazon for $9 with the rest of my Amazon gift card.
Gifts: Nope
Overall weather: Hot and muggy and DISGUSTING! I want winter!
Overall health: Craptastic. I ended up getting a bloody nose at work the one day, and then had to call off a day because I ended up getting really bad pain in my back.
Graphics made: Nope.
Fics posted: Nope, but lots were written! Should have something (in the lines of Sam/Jack) posted this week.
Thing that made me smile this week: Little babies smiles.
Favorite Quote of the week: "It does not do to dwell on dreams and forget to live."
Favorite Family quote of the week: *praying for dinner, my mother* "Hi Lord, it's me again..."
Most Squeed about Ship this week: Probably Sam/Jack (since I've been writing them a LOT) and Janeway/Chakotay (Since I've been watching Voyager a LOT)
Any plot bunnies?: Nope, not really. Just writing what comes to mind.
Something else?: Nope.
Thoughts/expectations/plans of upcoming week: SUPER EXCITED! Seeing HP 7 Part 2 at midnight on Thursday night with the cousin (the one I don't talk about as much) and Haven comes back on friday!

I'd just like to take this moment to say that

ladygj is VERY evil, especially in terms of mod things...

So I went out and bought Season 2 of Castle on Sunday because it was $19.99 and I was in a Castle mood and I needed a treat. :D Which meant I ended up watching every single episode and then I had to go back and watch the Season 1 DVDs I had (only 10 episodes!!! :( ) and below is a list of reasons and squeeing about why Castle and Castle/Beckett is slowly working it's way up in my all time favorite show lists.

And that is why I'm all FLAILY FLAIL about the show. :)
Collapse